A couple of weeks ago my friend Ingrid and I hit up the U Street farmers' market with the hope of finding ingredients that would inspire a culinary feast and impromptu cooking lesson. We were in between seasons - summer's second tomatoes and fresh corn looked great, but there was also kale, squash and pumpkin, representing fall's best. We were torn between the two seasons' bounty until we tasted the fresh chevre from Cherry Glen Goat Cheese Co. At that moment our recipe fell into place - goat cheese and sausage ravioli with a fresh tomato jam sauce. We picked up some eggplant, zucchini and spicy goat sausage and were off to my kitchen to cook up our feast. 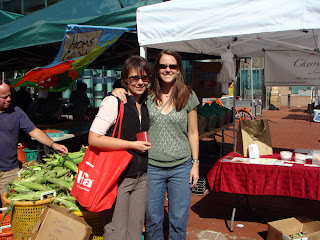 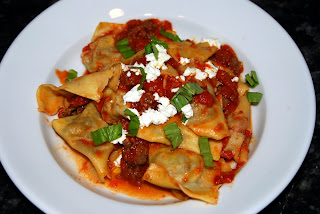 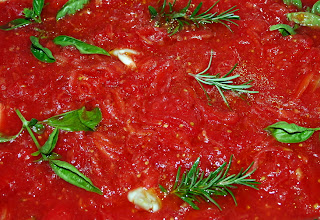 We started with the tomato jam, which is like a sauce but more concentrated.  I wanted to remove the skins so that the final result would be smooth. To peel the skins of tomatoes, score a small "X" with a knife on the bottom of each tomato and place it into boiling water for 1-2 minutes. Remove and allow to cool. Gently peel each tomato - the skin should pull away from the flesh. Crush the tomatoes with your hands and place on a large baking sheet with olive oil, salt, red pepper flakes, basil, rosemary and garlic. Put in a 400 degree oven for about an hour, or until the sauce is well concentrated. 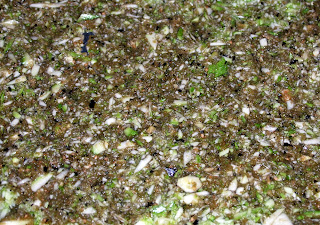 Place the grated eggplant, zucchini, onion, salt, red pepper flakes and olive oil on a large baking sheet in a 400 degree oven and cook for 30-40 minutes, until the vegetables start to brown.

Add two cups of the tomato jam to the remaining sausage in the skillet, de-glazing the brown bits of sausage goodness using the back of a wooden spoon. 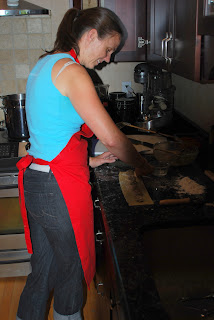 Make pasta dough and roll it out to the thinnest setting. Ingrid had never made pasta before, but she did an awesome job - she was rolling and making ravioli like a pro! To make the ravioli place about 1 tsp of filling about 1 inch apart along the entire length of the dough. To seal the ravioli, dip your fingers into water and trace a line around the filling, then fold the dough over to make little pillows. Cut with a knife and then pinch using your fingers to ensure a tight seal. Make sure to expel the air within the ravioli or else they may burst open when cooking. When all the ravioli are formed, place them gently into boiling salted water for 1 minute, or until they float. Then place them into the tomato jam and cook for a minute or so to absorb some of the flavor. Plate the ravioli and garnish with basil and a spoonful of chevre - so good! 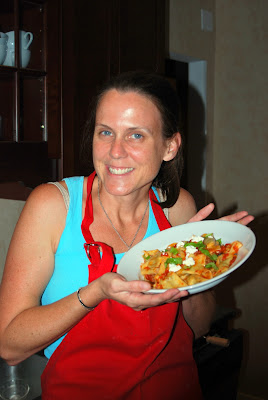